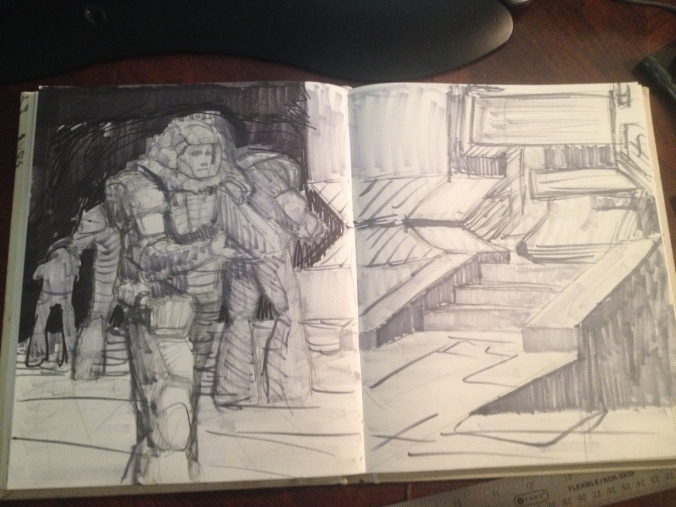 Was watching some art related Youtube videos earlier and came across the Youtube user Jakub Javora and his showreel, which featured an environment that had some pretty cool geometry.  Just looking at all the cool angles and groovy spaces made me want to build it in Halo’s Forge… unfortunately, I no longer have an Xbox One, so I thought the next best thing would be to quickly sketch it.

When I opened my sketchbook, I noticed the similarities in angle and flow of the environment and what I had sketched yesterday and decided to put two and two together.  I didn’t get four, but I did get a pretty cool sketch.  :)

“Only those who attempt the absurd… will achieve the impossible.”